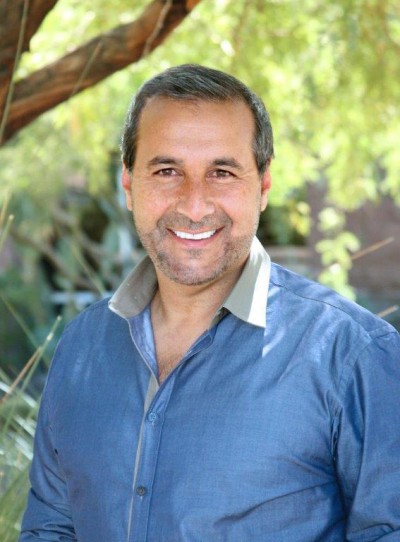 As a family business, we here at Blankstyle pay close attention to how other small family businesses have grown and evolved. We believe there are great lessons hidden within the biographies of some of our favorite family businesses. One of our heroes also happens to be an investor of one of our most popular Blankstyle brands, American Apparel.

Together with his younger brother, Aaron, Michael Serruya started a frozen yogurt business in Canada in the 1986. In life, timing is pretty much everything. And frozen yogurt was about to be big. That perfect timing coupled with prime mall real estate, made the yogurt business an instant win. But the real lesson of this story is hidden the brother’s first failure. At the time, frozen yogurt chain TCBY was huge in the United States, but hadn’t yet hit Canada. So the brothers flew down to TCBY’s company headquarters in Little Rock, Arkansas in an attempt to become the brand’s first Canada franchise. TCBY said no. “My brother and I were devastated for the first two or three hours,” Serruya recalled. (footnote: http://www.forbes.com/sites/amyfeldman/2016/06/19/how-canadas-serruya-fa...). But rather than settle for no, the brothers used the failure to inspire them. They wouldn't be a TCBY franchise. They'd start from scratch.

By the time TCBY tried to open in Canada, the Serruya brothers Yogen Früz had already 100 stores franchises throughout the country. And there was no turning back. They began acquiring other companies (Jamba Juice, Cold Stone Creamery) and became known for targeting “franchise brands that got stuck,” according to John Gordon of Pacific Management Consulting Group. It was part of this strategy that led Serruya to invest in American Apparel when it was on the brink of bankruptcy in 2011. (They just forestalled the eventual bankruptcy that American Apparel declared in 2015).

And to think, it all started from a moment of frustration and failure. It's such a great reminder that sometimes, a 'no' is really a 'yes' for something greater.